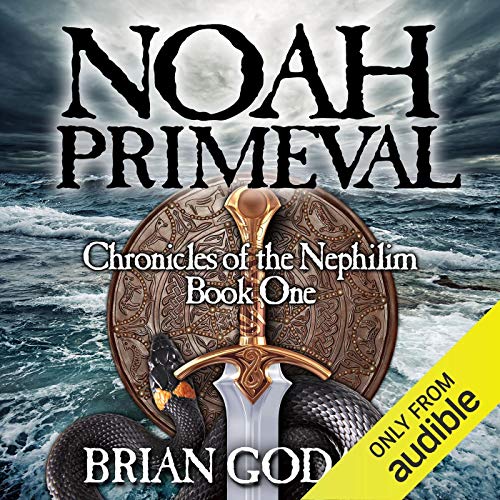 Nephilim Giants, Watchers, Archangels. This in not your Sunday School Noah's Ark.

This audiobook is a novel of the Genesis Bible story of Noah based on ancient historical research. It's the first novel in the series.

Mankind is enslaved to evil.

Noah, a tribal leader and good family man, just wants to be left alone to make a living off the land with his wife and sons.

But he soon learns that evil never leaves you alone. It comes after you - and your family - with a vengeance.

Now Noah must rescue his family from the grip of supernatural evil before the Deluge comes and carries them all away.

A wild ride of spiritual redemption and action-adventure that takes the listener on a journey from the heights of heaven to the depths of the underworld.

Learn about the historical and biblical research behind the novel

Noah Primeval has appendices that provide an explanation of Biblical concepts in the novel such as the Sons of God, Watchers, Nephilim, Giants, Leviathan, and fallen angels.

On the age appropriateness of the novels

This Biblical Fiction series is rated PG-13, appropriate for mature teens and above, similar to the Bible and The Lord of the Rings.