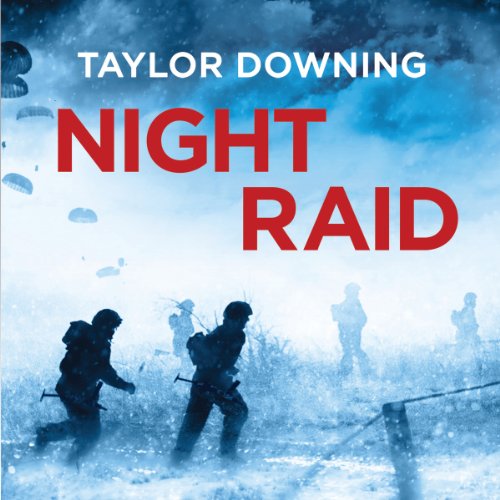 The loss of British bombers over Occupied Europe began to reach alarming levels in 1941. Could it be that the Germans were using a sophisticated form of radar to direct their night fighters and anti-aircraft guns at the British bombers?

British aerial reconnaissance discovered what seemed to be a rotating radar tower on a clifftop at Bruneval, near Le Havre. The truth must be revealed. The decision was taken to launch a daring raid on the Bruneval site to try and capture the technology for further examination. The planned airborne assault would be extremely risky. The parachute regiment had only been formed a year before on Churchill's insistence. This night raid would test the men to the extreme limits of their abilities.

Night Raid tells the gripping tale of this mission from the planning stages, to the failed rehearsals when the odds seemed stacked against them, to the night of the raid itself, and the scientific secrets that were discovered thanks to the paras' precious cargo - the German radar. Its capture was of immense importance in the next stages of the war and the mission itself marked the birth of the legend of the 'Red Devils'.

"The Bruneval Raid was the start of the airborne brotherhood. Taylor Downing's vivid account brings alive this important turning point in military history with flair and pace." (Andy McNab)