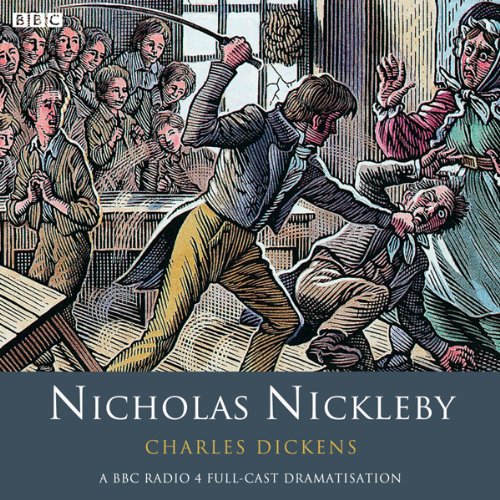 Left penniless by the death of his father, 19-year-old Nicholas Nickleby seeks help, along with his mother and sister, from Uncle Ralph Nickleby. The hard-hearted money lender takes an instant dislike to his nephew and gets rid of the boy by securing him a teaching position at Dotheboys Hall, where the evil Wackford Squeers presides. Horrified by the barbarity he sees there, Nicholas defies Squeers and is forced to flee. He is joined by Smike, who has been treated cruelly by Squeers, and the two become great friends.

Nicholas joins a travelling theatre troupe and enjoys great success, but with his mother and sister depending on him for their survival, he must find a way to make a decent living. His adventures are numerous and include some of Dickens' most comic characters.