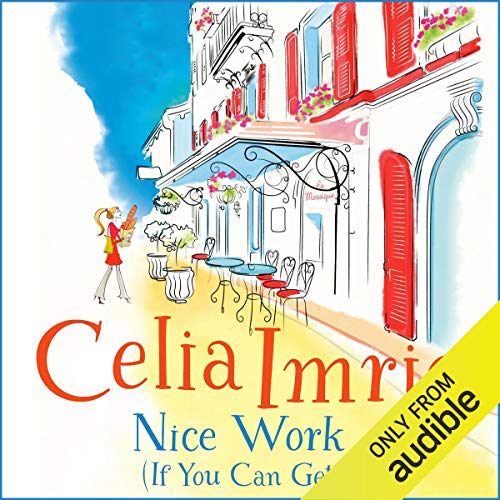 Nice Work (If You Can Get It)

Somewhere on the French Riviera, tucked between glitzy Monte Carlo and Cannes' red carpets, lies the sleepy town of Bellevue-Sur-Mer. Sheltered from the glittering melee, it is home to many an expat - although it hasn't proved as peaceful as expected.

Now an enterprising band of retirees has resolved to show it's never too late to start afresh and open a restaurant. Snapping up a local property and throwing themselves into preparations, Theresa, Carol, William and Benjamin's plans are proceeding unnervingly well. But when Theresa encounters a mysterious intruder, she begins to wonder what secrets the building is concealing.

Meanwhile Sally, an actress who fled the stage to live in quiet anonymity, has decided not to be involved. She's far too busy anyway, shepherding around a gaggle of A-listers, including a suave Russian with a superyacht and a penchant for her company.

As the razzmatazz of the Cannes Film Festival penetrates Bellevue-Sur-Mer, its inhabitants become entangled in a complex pattern of love triangles and conflicting business interests, and something starts to feel distinctly oeuf. Finding themselves knee-deep in suspicion and skullduggery, the restaurateurs realise they can no longer tell who's nasty and who's nice.