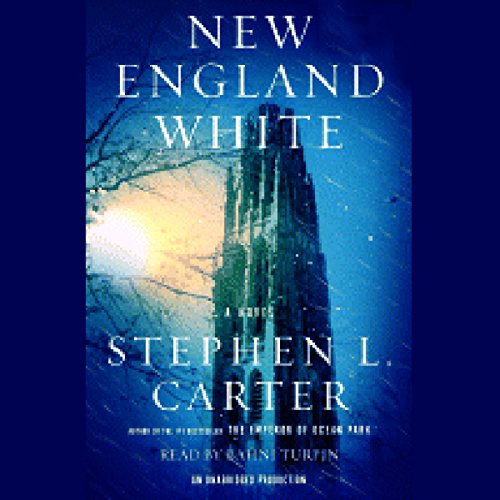 With his powers of observation, and the same richness of plot and character, the author of The Emperor of Ocean Park returns to the New England university town of Elm Harbor, where a murder begins to crack the veneer that has hidden the racial complications of the town's past, the secrets of a prominent family, and the most hidden bastions of African-American political influence. At the center is Lemaster Carlyle, the university president, and his wife, Julia Carlyle, a deputy dean at the divinity school - African Americans living in "the heart of whiteness".

Lemaster is an old friend of the president of the United States. Julia was the murdered man's lover years ago. The meeting point of these connections forms the core of a mystery that deepens even as Julia closes in on the politically earth-shattering motive behind the murder.

Relentlessly suspenseful, galvanizing in its exploration of the profound difference between allegiance to ideas and to people, New England White is a resounding confirmation of Stephen Carter's gifts as a writer.

"A compelling, literate page-turner that effortlessly blends a gripping whodunit with complex discussions of politics and race in contemporary America....In the richness of his characters, both major and minor, and the intelligence of his writing, Carter rivals Scott Turow." (Publishers Weekly)
"[An] irresistible - and highly intelligent - thriller. Carter strikes again." (Kirkus)