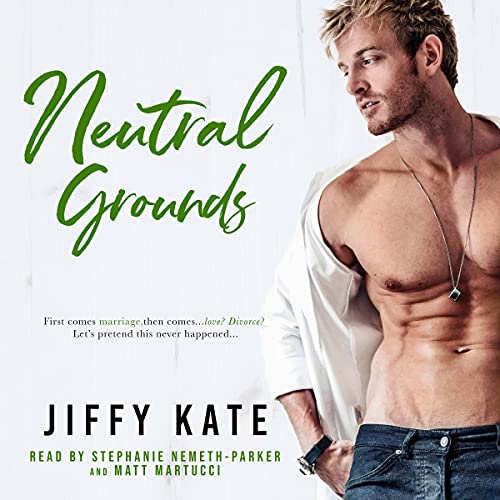 They say opposites attract, and that couldn’t be truer when it comes to CeCe and Shep. But what happens when the two most anti-marriage people in the French Quarter start enjoying the act?

I never planned on getting married. After my dad deserted my family the day before my 10th birthday and I watched my mother fall to pieces over him, I decided it wasn’t worth the heartache. Then Shepard Rhys-Jones, who ghosted me two years ago, declares he needs to marry someone to claim his inheritance, and I drunkenly offer myself up as his wife.

He was the best I’ve ever had and now, he’s all mine...but only for the next year.

I never planned on getting married. It was one business transaction I had no desire to close. Yet, here I am...sitting in a bar in New Orleans...seriously considering making CeCe Calhoun my wife. If we can manage to stay married for a year, I’ll be $100 million richer and finally have the freedom to forge my own path, separate from the Rhys-Jones name.

She’s the only woman I’ve struggled to forget, and she’s finally mine. For now.

Is it possible for this fake marriage to be real?