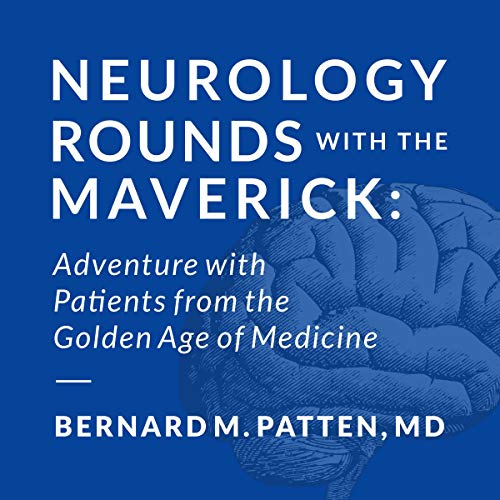 Neurology Rounds with the Maverick

In Neurology Rounds with the Maverick, clinical neurologist Dr. Bernard M. Patten recounts his most profound, entertaining, and uncommon experiences with patients throughout his 34-year medical career.

Learn about the strange case of the teenage girl who got pulled out of class for medical treatment because she couldn’t stop laughing. Then consider the 14-year-old who faked grand mal seizures for more than a year as to get away from her sexually abusive father.

Consider the awkward situation of the hairdresser who heard voices from God instructing her to stab her customers with her scissors or the well-documented phenomenon of patients (including Dr. Patten’s own mother) correctly predicting their own deaths.

Listen to Dr. Patten’s encounters with artist George Rodrigue as he lost his memory and physicist Stephen Hawking when he was considering experimental ALS treatment. As well, enjoy learning about when Russian composer Dmitri Shostakovich came to America to be treated for atrophy in his right hand and shipping magnate Aristotle Socrates Onassis’s consultations about Myasthenia Gravis.

Neurology Rounds with the Maverick presents an authentic look inside some of the most complex, strange, and fascinating neurological cases of the last half-century of medicine. Listen it to appreciate the good, the bad, the terrible, and the densely human anecdotes that document the past and light the way for the future of medicine.