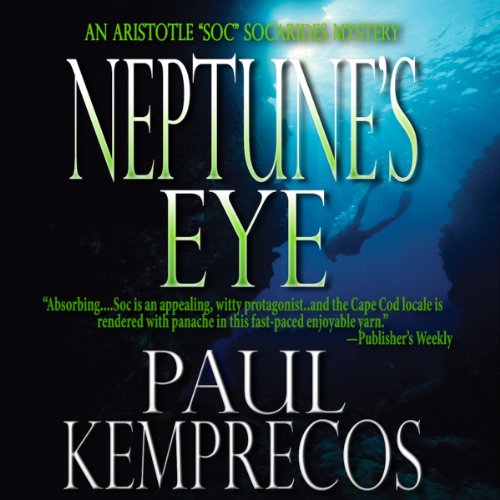 This absorbing mystery opens in 1945 as a German commander aboard a sinking submarine bitterly ponders his failed secret mission. Flash forward to contemporary Cape Cod, Mass., where Aristotle "Soc" Socarides, a commercial fisherman who in the off-season becomes a quintessentially broke, wisecracking P.I., is hired by wealthy and sinister Frederick Walther, whose daughter Leslie has disappeared. Soc seeks a lead on Leslie at the marine laboratory where she once worked, but her caustic, womanizing ex-boss and lover, Tom Drake, is murdered before Soc has a chance to question him. Emphasis shifts to Drake's research with remote-controlled undersea vehicles capable of investigating phenomena out of the reach of human divers. Death-defying watery escapades ensue as Soc, Drake's enemies, Walther, and the FBI close in on the mysterious sub of the Prologue, wrecked off the Massachusetts coast.

Soc, introduced in Kemprecos's The Cool Blue Tomb, is an appealing, witty protagonist; high-tech gadgets are explained clearly so as not to alienate the reader; and the Cape Cod locale is rendered with panache in this fast-paced, enjoyable yarn.