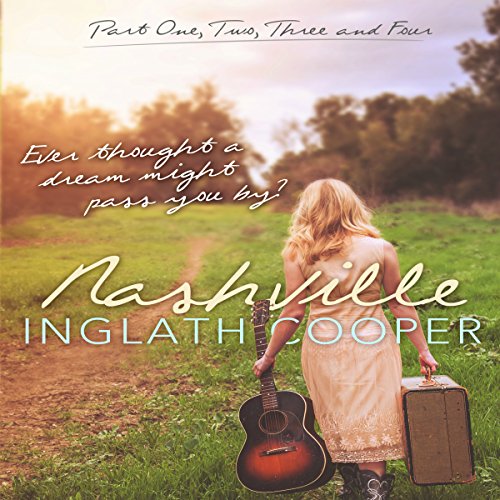 A new adult contemporary romance set in the heart of country music...Nashville

Part One - Ready to Reach

Nineteen-year old CeCe Mackenzie is determined to make her dreams come true. She heads for Nashville with not much more to her name than a guitar, a Walker Hound named Hank Junior, and an old car she'd inherited from her grandma called Gertrude. But when Gertrude ends up on the side of I-40 in flames, Nashville has never seemed farther away. Help arrives in the form of two Georgia football players headed for the Nashville dream as well. When Holden Ashford and Thomas Franklin stop to offer CeCe and Hank Junior a ride, fate may just give a nod to serendipity and meant to be. Because while CeCe is chasing after her dream, she might find love as well.

Part Two - Hammer and a Song

CeCe McKenzie grew up dreaming of a life doing what she loves - singing in Nashville. When she and her Hound dog Hank Junior set out to make her dream come true, life takes some twists she hadn't counted on. Like falling for Holden Ashford, a songwriter with a gift. And also a girlfriend. Can a country music star's hunky son help her forget about Holden? Or is that even possible when her heart insists on writing the song?

Part Three - What We Feel

Hunky musicians Holden Ashford and Thomas Franklin rescue Nashville bound CeCe MacKenzie and her Walker Hound Hank Junior from the side of the road when her car catches on fire. A less determined girl might have let her dreams go up in smoke as well, but not CeCe. She's been singing all her life, and she just wants a chance to do the thing she loves in a place where music is part of the fabric of life. As it turns out, Holden and Thomas want the same thing, and it isn't long before they're all chasing after the dream together.