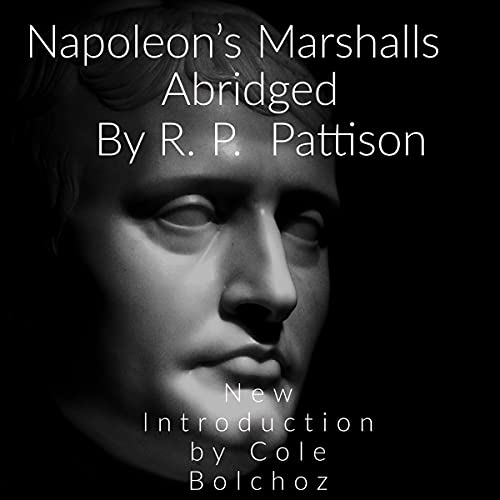 If you are or listening to this, you are very curious about various themes of history.

To be sure, there are numerous books or reprints relating to this original book.

It would be misleading to the listener if the author attempts to snag you with unrevealed details of any of the late Marshalls of the Emperor Napoleon. Truth be told, I come to this topic on the intermediate side of being able to discuss some of these figures during a cup of coffee, a pint at the pub, or tea.

Some questions I would like to attempt to address here:

One, why are some of us still fascinated with Marshalls of Napoleon over 206 years later?

I feel for myself, it is in finding out more about the men behind the Emperor’s successes and about the Emperor’s true temperament in both victory and defeat. History as it travels through time remains moveable and worth debate.

As a former Professor at Columbia College of Missouri, my students and I did discuss Napoleon’s defeat at Waterloo and examined one video of Napoleon’s Total War game as well. We live in a digital, quick immediate age. A Marshall’s life in the late 19th century entailed more mental firing of their synapses than of today. In other words, there entailed more logical, logistical, and communicational efforts which we take for granted to do.

Prior to listening to this book, I did not know most Marshalls under Napoleon often issued as many as eight different sets of orders at a time before and during battles.

If you are a student of history, or a person who seeks to see what made the Corsican Emperor tick, then the research provided by the late original author R. P. Dunn-Pattison will not disappoint. Since it’s publication in 1909, it remans one of the most solid and insightful glimpses into a time where reputations and honor were paramount in importance, especially for Marshalls. Napoleon named 24, and six of those are included in this edition.