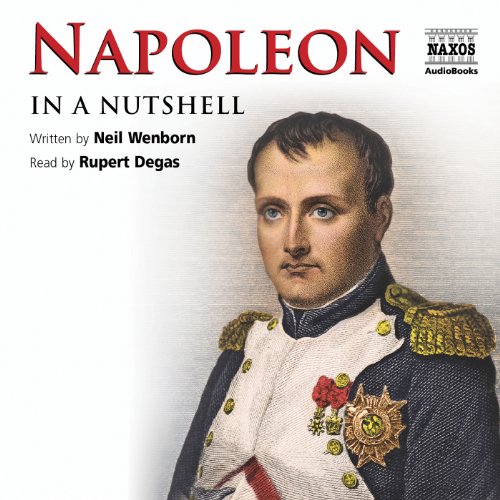 Napoleon - In a Nutshell

Napoleon - In a Nutshell

French emperor Napoleon Bonaparte was "a symbol of human potential, for both good and ill," controlling much of Europe at the high point of his reign before falling when the continent allied against him. This work is meant as an overview, but Wenborn's account of Napoleon's life goes by too fast, at times seeming like a blur of dates and facts. Rupert Degas does a good job with the narration, conveying the information clearly in its near-outline form. His narration of the closing summation of Napoleon's legacy is eloquent. While it provides the basics for listeners unfamiliar with the French conqueror, some listeners will want to go further in depth.

This ‘In a Nutshell’ guide explores the life and legacy of Napoleon Bonaparte, whose actions as the French military and political leader shaped European politics. His Napoleonic code influenced the judicial foundations of most of Western Europe. Under the First French Republic, he successfully revolted against the First and Second Coalitions, and in 1804 the French Senate appointed him Emperor. In the early 19th century, he led France to victory and helped the country become a dominant European power. Despite the misfortunes of his later career, Napoleon is considered by many to be one of the greatest military commanders in history.