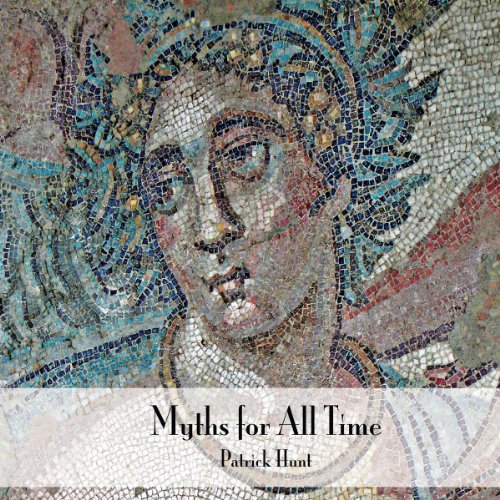 Myths for All Time

Patrick Hunt's Myths for All Time presents twelve of the most timeless Greek myths retold in an affable, succinct fashion. These twelve myths, which have survived through the millennia, are made applicable today through Hunt's emphasis on the overriding message of each story. With foundations in ancient Greek scholarship, society, and philosophy, these stories have grown and taken new forms and thus remain relevant. Retelling twelve of the most well-known myths in his relaxed style, Hunt vividly portrays ancient Greece with characters whose basic human characteristics are not far off from our own, thus bringing new life to the greatest stories of antiquity for readers of all ages. Some of this book was shared in presentations at the Sun Valley Writers' Conference in 2005.

Patrick Hunt is a life-long student of Greek mythology, a subject that has fascinated him since his youth, and has focused his professional life on a study of the very lands that serve as the backdrop for these timeless myths. Since his time in Greece as a graduate student at the American School of Classical Studies in Athens, Greece, Hunt has gone on to become a leader in the field of alpine archaeology. His broad studies and interests have, however, constantly brought him back to the myths that started it all. Hunt has taught Greek Mythology for years at Stanford University and has lived in Greece. These experiences are reflected in this book in his retelling of the myths and in notes on their historical background.