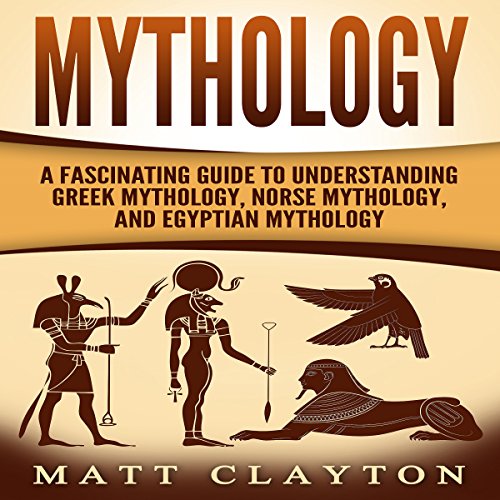 Introducing: A mythology trilogy From the creator of the Captivating History Series.

The first part of this audiobook will explore Greek heroes, what they were like and what they accomplished. Furthermore, the audiobook will tackle Greek religion, and the gods and goddesses which establish the backdrop against which Greek legends were formed. We will also take a close look at the myths of Greek monsters.

The second part of this audiobook is jam-packed with fascinating facts and stories of Norse mythology. For instance, part two covers all that you need to know about the nine realms, as well as captivating tales of Odin, Thor, Loki, and Ragnar.

In the third part of this audiobook, we will start by looking at the gods and goddesses of Kemet -ancient Egypt. Then, we will turn our attention to the monsters which likely gave them nightmares, and humbled them in their quest to bring order to the world around them. Listen to this audiobook now and discover captivating stories of Gods, Goddesses, Monsters, and Mortals.