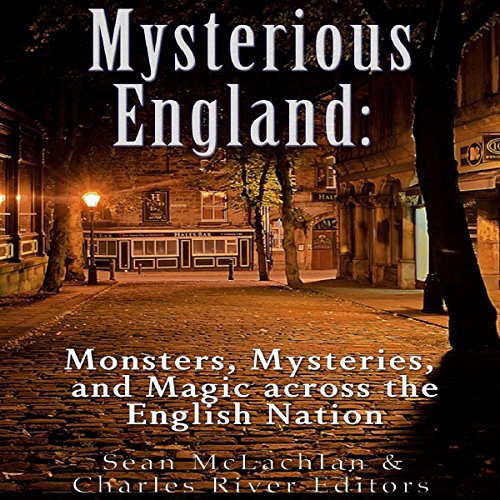 England is an ancient land steeped in history and tradition, filled with prehistoric ruins, majestic castles, and a countryside sculpted from millennia of human habitation. Its rolling countryside is dotted with prehistoric burial mounds and stone circles. Brooding castles hold tales of bloodshed and honor. Medieval churches have elaborate stained glass windows and gruesome carvings, reflecting a mixture of hope and darkness. Every hamlet and village has tales that go back centuries, and folk festivals with roots in pagan times.

Thus, it is not surprising that England is a land filled with mysteries. For centuries, people have told tales of ghosts stalking its historic buildings, strange creatures lurking in its primeval forests, and unexplained paths linking its ancient sites.

Mysterious England: Monsters, Mysteries, and Magic Across the English Nation offers a sampling of the many strange stories and unexplained phenomena that make England such an intriguing place.