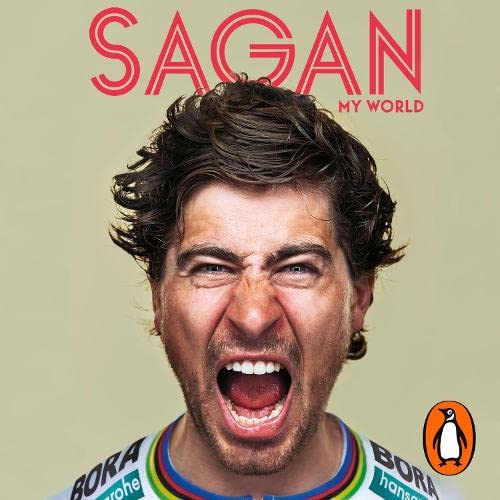 Random House presents the audiobook edition of My World by Peter Sagan.

From 2015 to 2017, Peter Sagan achieved the seemingly impossible: he won three road race World Championships in a row, ensuring his entry into the history books as one of the greatest riders of all time.

But to look at Peter’s record in isolation is to tell only a fraction of his story, because Peter doesn’t just win: he entertains. Every moment in the saddle is an opportunity to express his personality, and nobody else has succeeded in making elite cycling look so much fun. From no-hands wheelies on the slopes of Mont Ventoux to press conference mischief with clamouring journalists, Peter exudes a passion for the sport and a lovable desire to bring smiles to the faces of his fans.

So, for the very first time, you will have the opportunity to glimpse behind the scenes of Peter’s world. You will discover the gruelling training programmes necessary for success and how Peter copes with the pressure of high expectation. You will feel that sense of elation when crossing the line ahead of the pack and moments of desperation, like in 2017 when Peter realised he wouldn’t be allowed to challenge for his sixth Tour de France green jersey. But what better tonic than to ensure a third year in rainbow - an achievement which may never be repeated again?

i loved every part of it. one of the best bike riders of this generation!

An amazing insight into world cycling and Peter Sagan's life! The book is written light-heartedly and enticingly.