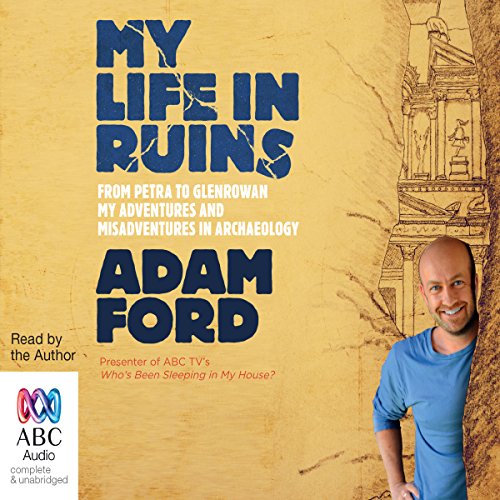 My Life in Ruins

Adam Ford is an archaeologist. Not only has he been on expeditions to unlock the mysteries of the past in the Caribbean, British Isles, Jordan, Syria, Israel, United Arab Emirates and Australia, he's also had heat stroke, hypothermia, and dysentery; been chased by camel spiders; been walked on by scorpions; and been pestered by bugs big enough to ride.

In more than 20 years roaming the globe, he's lived in some of the most remote locations in the world and suffered the back-breaking and soul-destroying monotony of shifting tonnes of dirt with a shovel. From Cold War bunkers in England to Bronze Age cities on the Euphrates, remotes caves in the Jordan Valley, shipwrecks in Western Australia and burials in Barbados, Adam has dug, dived, abseiled and trekked his way into history.

Part memoir, part potted history of civilisation, My Life in Ruins is the story of a life lived in uncovering the past.