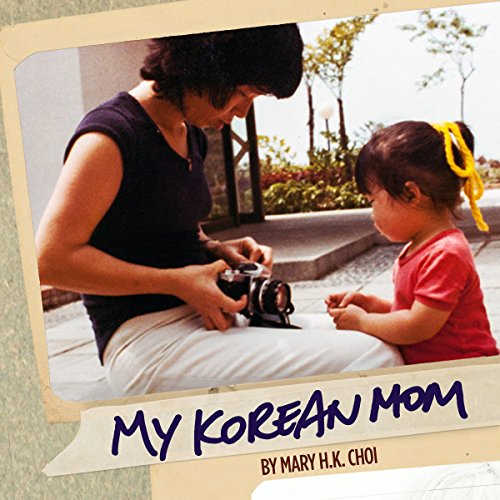 Every immigrant kid knows the feeling: the horror and embarrassment of watching your super-foreign parents muddle through social situations when you've long sold them out and assimilated into the New World. The anguish, anger, and guilt sucks! But when you're packed school lunches with fermented things and fish with eyeballs when every other kid gets a bologna sandwich, you wonder if you'll ever really fit in.

My Korean Mom is a bittersweet love letter from Mary H. K. Choi to her mother that hopes to convey the frustration, shame, loyalty, and searing adoration that's part and parcel of being the kid of an immigrant. It's not as if she could tell her mother to her face how much she loves her. That's just not how it's done.

Mary H. K. Choi has written for GQ, The New York Times, New York, Wired, and Glamour. She is the former editor of MTV Style and executive producer of the documentary House of Style: Music, Models and MTV. She has also written comic books for Marvel and Vertigo and hosts a podcast on jobs called Hey, Cool Job. It's available on iTunes.