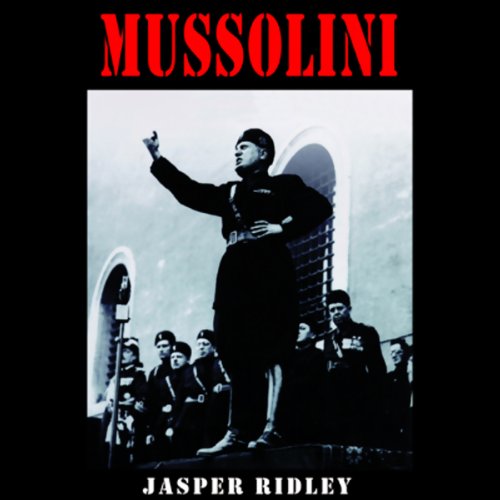 Historian Jasper Ridley brings us this comprehensive biography of the man who invented fascism, Benito Mussolini, widely regarded as one of the arch villains of the 20th century.

A complex and contradictory figure, Mussolini won the fascination of many statesmen and writers, and their wives. From his early years raised in the traditions of revolutionary Italian Socialism, to his violent execution by Communist partisans at the end of World War II, we watch Mussolini's power ambitions erode his political ideals, as he evolves from brilliant orator and journalist to empire-building dictator enforcing his authority by death squads.

A man initially praised and admired by such Western luminaries as Winston Churchill, or underestimated as a posturing buffoon, Mussolini eventually showed his true colors as a racist and persecutor of the Jews. He sought equal stature with Hitler, but his alliance with him would prove disastrous. Ridley's account of this unforgettable 20th-century figure is even-handed and indispensable.

"[A] well-written and balanced account of one of the more enigmatic figures of the 20th century." ( Booklist)