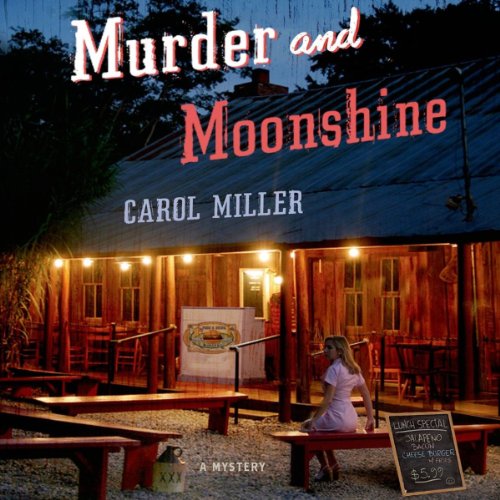 All small towns have secrets - and plenty of them - as every small-town waitress knows. Daisy is no different. A young, recently separated waitress at H & P's Diner in sleepy southwestern Virginia, she hears more than her fair share of neighborhood gossip while serving plates of hash and peach cobbler. But when a reclusive old man shows up at the diner one day, only to drop dead a few minutes later, Daisy quickly learns that some secrets are more dangerous to keep than others - especially when there are money and moonshine involved.

The man's death was suspicious, and no longer sure who she can trust, Daisy turns sleuth while also seeking to protect their sick mother and keeping a handle on Aunt Emily, her goading, trigger-happy landlord. Caught between whiskey and guns, a handsome ATF agent and a moonshine-brewing sweet talker, and a painful past and a dangerous present, Daisy has her work cut out for her.

There's trouble brewing in her small town, and before it passes, many secrets will come to light. Carol Miller makes a memorable debut in Murder and Moonshine, the first of an intriguing new mystery series.