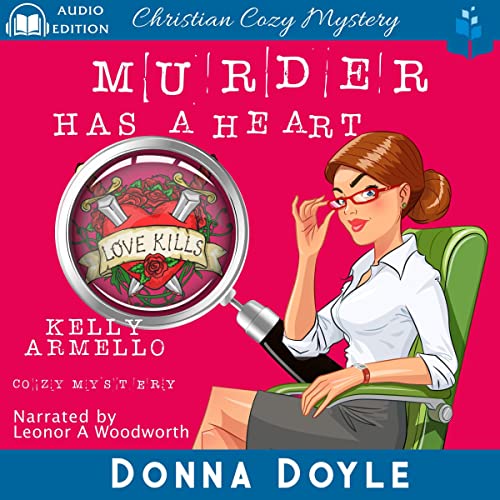 Murder Has a Heart

Now married, Kelly Armello Kennedy and her police chief husband, Troy Kennedy, are disappointed that a February snowstorm is going to ruin their plans for their first Valentine’s Day together. But when Kelly discovers the body of a dead man in the library, there’s more than a lost holiday at stake.

The town of Settler Springs has barely recovered from the murder and corruption caused by the former police chief, Roger Stark, and his calculating wife, Lois; now the town is reeling from a murder with no clues.

The dead man’s identity is unknown, and suspicion falls on the people connected to the library. The library staff realize that even the books on the shelves have a part to play in solving the mystery: Why was the man’s body left in the romance section? Why was a woman’s wedding ring hidden behind a novel about adultery? Who left the wine glasses near the books on marital infidelity?

As evidence draws closer to a library supporter and friend, Kelly finds herself at odds with her own husband and is determined to identify the real killer. Finding a murderer when all the suspects are people she knows and loves is a challenge to Kelly’s loyalties, as she realizes that she may not know her friends as well as she once thought!

Join us for this compelling cozy mystery with the one and only Kelly Armello!