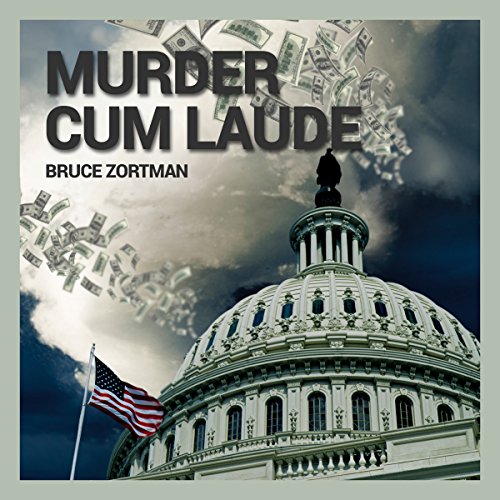 "The next bubble to burst will be the education bubble. Make no mistake about it, education is big business and, like other big businesses, it is in big trouble." -Professor Mark C. Taylor, Columbia University, New York Times, Opinion, July 12, 2009.

A young, salt-of-the-earth family is caught up in a cyclone of greed, after Dennis Winecoop accepts a position at Washington, D.C.'s Utopia University. Believing he was hired to advise graduate students in history, Professor Winecoop finds he is teaching a full schedule of "Murder 101." The first lesson, it seems, occurred just days before he was hired, when his predecessor was found grotesquely murdered in his bath. The intrigues of multiple murders are the catalysts that drive this dynamic and compelling tale to a shocking conclusion. The events and characters of Murder Cum Laude reveal the ugly reality of Washington politics and one man's aggressive efforts to uncover the truth.

A graduate of the U.S. Merchant Marine Academy, author Bruce Zortman served as a top secret courier during the Korean Conflict. He was awarded a one-year Taussig Fellowship to the Free University in Berlin. As an NDEA Fellow, he earned his PhD with distinction from UCLA. His 25 years as a professional educator include positions at Santa Monica College and American University in Washington, D.C. He is the author of Hitler's Theater (1985), an acting textbook, scholarly articles and several produced plays. Presently, he is Commodore of the Tucson Sailing Club.