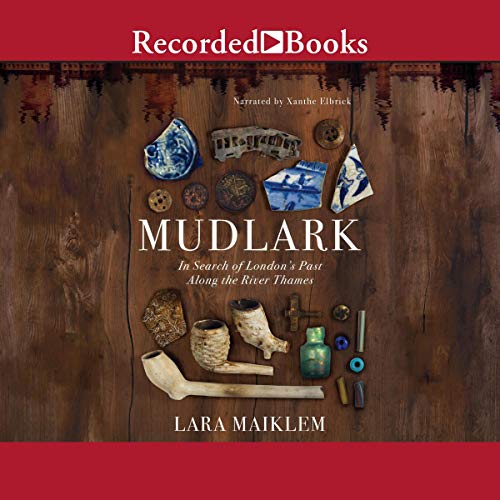 A quixotic journey through London's past, Mudlark plumbs the banks of the Thames to reveal the stories hidden behind the archaeological remnants of an ancient city.

Long heralded as a city treasure herself, expert "mudlarker" Lara Maiklem is uniquely trained in the art of seeking. Tirelessly trekking across miles of the Thames' muddy shores, where others only see the detritus of city life, Maiklem unearths evidence of England's captivating, if sometimes murky, history - with some objects dating back to 43 AD, when London was but an outpost of the Roman Empire. From medieval mail worn by warriors on English battlefields to 19th-century glass marbles mass-produced for the nation's first soda bottles, Maiklem deduces the historical significance of these artifacts with the quirky enthusiasm and sharp-sightedness of a 21st-century Sherlock Holmes.

Seamlessly interweaving reflections from her own life with meditations on the art of wandering, Maiklem ultimately delivers - for Anglophiles and history lovers alike - a memorable treatise on the objects we leave in our wake, and the stories they can reveal if only we take a moment to look.