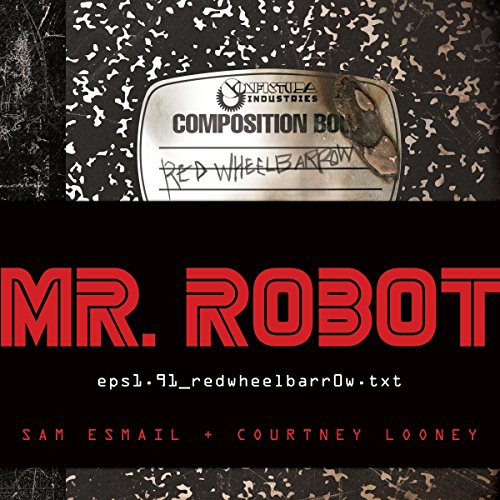 Before and during the events of season two, Elliot recorded his most private thoughts in this journal - and now you can hold this piece of the series in your hands. Experience Elliot's battles to gain control of his life and his struggles to survive increasingly dangerous circumstances in a brand-new story rendered in his own words.

You'll discover the story behind Mr. Robot season two and hints of what is to come. This book is the ultimate journey into the world of the show - and a key to hacking the mind of its main character.

Mr. Robot is a psychological thriller that follows Elliot (Rami Malek, The Pacific), a young programmer, who works as a cyber-security engineer by day and as a vigilante hacker by night. Elliot finds himself at a crossroads when the mysterious leader (Christian Slater, Adderall Diaries) of an underground hacker group recruits him to destroy the firm he is paid to protect.

It was hard for me to follow the plot although the voice is good to follow but the story is just not clear enough for my taste. Who is talking , is it real or imagination? Also the end was weak in my opinion.