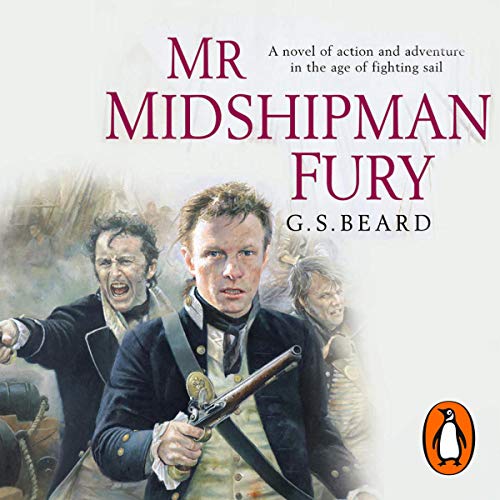 The year is 1792 - the start of the French Revolutionary Wars. A shadow hangs over John Thomas Fury in this his first voyage as a midshipman aboard the 32-gun frigate Amazon. Fury is already seen as a pariah by his fellow sailors. Ten years earlier, his father, a brig commander in the Service, became mentally unbalanced and violent and his ships crew mutinied and went over to the French. Now, as Amazon heads southwards on her voyage to India, Fury is involved in a dreadful shipboard accident and he finds himself working doubly hard to prove that he isn’t cursed just like his father.

Redemption arrives when Amazon reaches Bombay, only to discover that ships of the East India Company have disappeared, including the Company’s warships – somewhere in the Indian Ocean a very powerful privateer is at work and the governor despatches Amazon to find and destroy her. Soon afterwards, Amazon is in a fight for her life against a much stronger foe, resulting in many of her officers killed. Fury finds himself, in his first ever combat, in charge of the gun deck. In such crucibles of fire are the officers in His Majesty’s Service forged. Showing exceptional courage and coolness, the shadows of the past are forever banished and Fury’s naval career begins in glory as he becomes a leader of men.