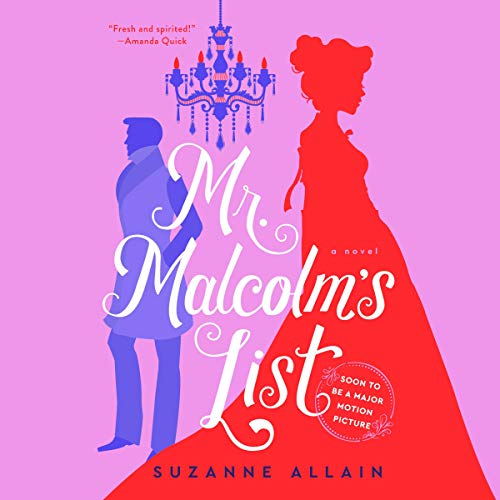 One of BuzzFeed's Romance Novels to Read Summer 2020

It is a truth universally acknowledged that an arrogant bachelor insistent on a wife who meets the strictest of requirements...deserves his comeuppance.

The Honorable Mr. Jeremy Malcolm is searching for a wife, but not just any wife. As the target of matchmaking mothers and desperate debutantes, he's determined to avoid the fortune hunters and find a near-perfect woman, one who will meet the qualifications on his well-crafted list. But after years of searching, he's beginning to despair of ever finding this paragon. Until Selina Dalton arrives in town.

Selina, a vicar's daughter of limited means and a stranger to high society, is thrilled when her friend, Julia Thistlewaite, invites her to London, until she learns it's all part of a plot to exact revenge on Mr. Malcolm. Selina is reluctant to participate in Julia's scheme, especially after meeting the irresistible Mr. Malcolm, who appears to be very different from the arrogant scoundrel of Julia's description.

But when Mr. Malcolm begins judging Selina against his unattainable standards, Selina decides that she has some qualifications of her own. And if he is to meet them, he must reveal the real man behind...Mr. Malcolm's list.