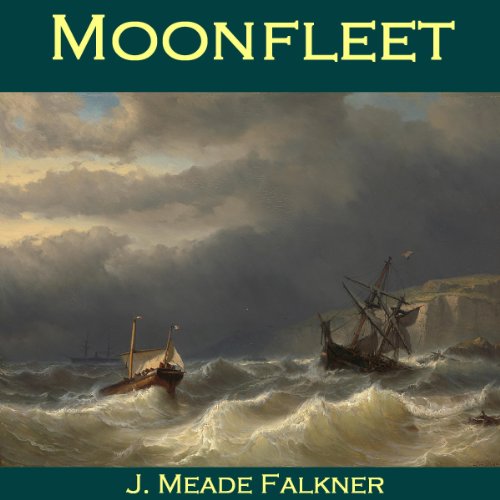 The village of Moonfleet has been dominated by the Mohune dynasty for centuries. And even though the family has died out, according to local rumour, the ghost of the most evil of them, nicknamed Blackbeard, stalks the churchyard in search of his lost treasure.

One night, following a heavy storm, the churchyard is flooded...and the next Sunday, strange eerie banging noises are heard from the Mohune vault under the church. While the rest of the congregation flees in terror, young John Trenchard is curious. And when he visits the churchyard again, to see whether the dead Mohunes are still making noises, he discovers a crack in the earth which leads to an underground tunnel.

Convinced that this discovery will lead him to Blackbeard's treasure, he determines to return at night with a candle and explore. The tunnel leads direct into the Mohune vault...and John Trenchard finds himself unexpectedly in the middle of a smugglers' den...just as the smugglers themselves are arriving with their new cargo.

Hiding behind one of the old Mohune coffins, John embarks on a series of adventures which will change the course of his life for ever.