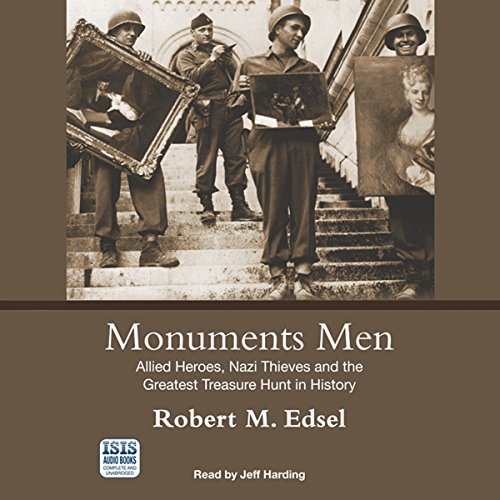 As Hitler was attempting to conquer the Western world, his armies were methodically pillaging the finest art in Europe, from Michelangelos to Vermeers, all stolen for the Führer.

The Monuments Men had a mandate from President Roosevelt to find these artworks, but no vehicles, typewriters, or authority. In a race against time to save the world’s greatest cultural treasures from destruction at the hands of Nazi fanatics, each man constructed his own treasure map. They used tips, records recovered from bombed buildings, and the secret journals of Rose Valland, a French museum employee who secretly tracked Nazi plunder in Paris.

These unlikely heroes, mostly middle-aged family men, walked away from successful careers into the epicentre of the war. This is their story.