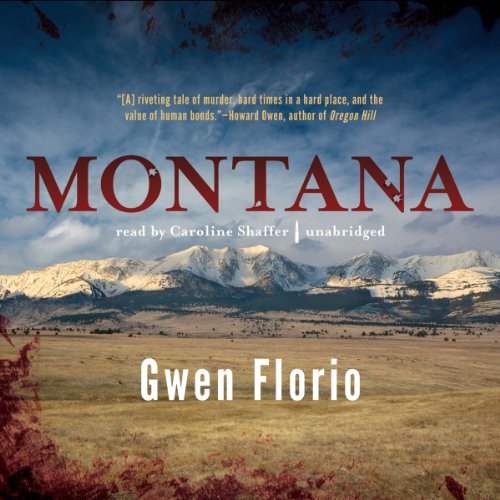 Foreign correspondent Lola Wicks is livid. She's been downsized from her Kabul posting. Her editor reassigns her to a stateside suburban beat formerly the province of interns. When she arrives in Montana for some R&R at a friend's cabin, her friend is nowhere in sight.

Anger turns to terror when Lola discovers her friend shot dead. She can't get out of Montana fast enough, until she finds that she can't get out at all. She's held as a potential witness, thwarting her plan to return on her own to Afghanistan to write the stories she's sure will persuade her editors to change their minds.

Her best hope lies in solving the case herself. But the surefooted journalist who deftly negotiated Afghanistan's deadly terrain finds herself frighteningly off-balance in this forgotten corner of her own country, plagued by tensions between the locals and citizens of the nearby Blackfeet Nation.

Lola's lone-wolf style doesn't work in a place where the harsh landscape and extreme isolation compel people to rely upon each other in ways she finds unsettling. In her awkward attempts at connection, by turns touching and humorous, Lola forms a reluctant alliance with a local reporter, succumbs to the romantic attentions of a wealthy rancher, and fences warily with the state's first Indian candidate for governor, the subject of her friend's final stories.

Initially pretending interest to glean information, Lola comes to truly care about the people she meets in Montana, only to miss the warning signals that her own life is in danger.

Even as she unravels her friend's terrible fate, Lola Wicks joins many Americans in learning the hard lessons of a fraught economy - that circumstances change in a flash, that formerly overlooked places and people can hold deep value, and that in the end human bonds matter so much more than fleeting career success.