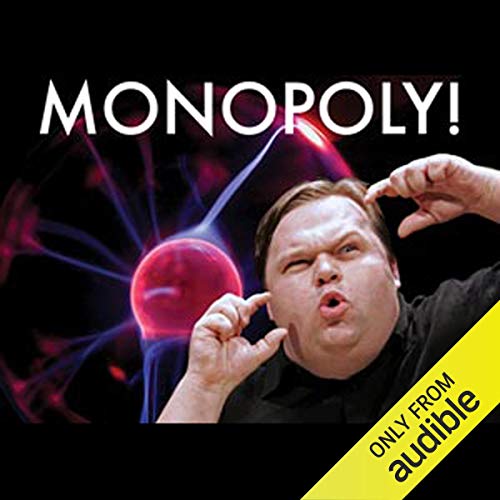 In this devastating monologue about monopoly and its discontents, Mike Daisey explores the warped genius of inventor Nikola Tesla and his war with Thomas Edison over electricity - alternating current versus direct current - a battle that etched itself into the streets of New York City itself. This thread loops and whorls around Microsoft's historic antitrust lawsuit, the secret history of the board game Monopoly, and ultimately the story of Daisey's hometown and its one remaining retailer: Wal-Mart.

As subversive as it is hilarious, Monopoly! illuminates the issues we confront under corporate rule, and explores the choices and struggles individuals face living in a system that recognizes only profit and loss. Monopoly! has been performed in full productions at the 2005 Spoleto Festival, American Repertory Theatre, the Ohio Theatre (with Les Freres Corbusier), Capitol Hill Arts Center, the Bumbershoot Arts Festival, and the Noorderzon Festival in the Netherlands, after receiving workshops at Manhattan Theatre Club, Berkeley Repertory Theatre, and Portland Stage Company.

"Relentlessly interesting...a brilliantly spun narrative. His show is ultimately about the messy and often unjust process of making official history. He fights back the best way he knows how - by telling even better stories." (The New York Times)
"Layering outrage, official and underground history, personal memoir and rollicking humor, Daisey makes you think, feel and question. And he makes you laugh - hearty laughter, cathartic and barbed. Spellbinding." (Seattle Times)