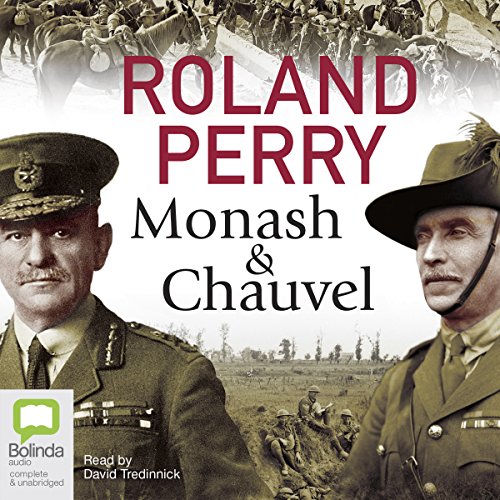 The story of the emergence and dominance of two brilliant Australian soldiers who commanded the most effective armies in defeating the Germans and the Turks in the Great War.

Monash and Chauvel is a gripping narrative history that follows the extraordinary campaigns of the two most outstanding battlefield commanders of the First World War across all the Allied armies: John Monash and Harry Chauvel.

John Monash commanded the Australian forces on the Western Front at the most critical time of the war, 1918. With his German Jewish heritage, Monash was an outsider who had risen to his position through his ground-breaking military achievements. Almost uniquely among Allied generals on the Western Front, he learned the lessons of past failures and devised the tactics that allowed his Australian troops to break through the stalemate of trench warfare, masterminding crucial battles, including Amiens, Mont St Quentin, Peronne, and at the Hindenburg Line that broke the German army in France.

In the war against the Ottoman Empire in the Middle East, Harry Chauvel led the 34,000-strong Desert Mounted Column. Chauvel was an empire man who considered himself as British first, Australian second. His attitude changed in the course of the war when he realised he would have to ignore the directives of his British superiors and take the initiative in planning battle tactics himself if he was to defeat the Turks.

He did this at Romani in the Sinai in August 1916; at Beersheba on 31 October 1917; and in the final 1918 drive to push the Turks right out of the Middle East after 400 years of brutal rule over the Arab tribes. By the end of the war, Monash and Chauvel had brought a distinctly Australian sensibility to their areas of operation, involving flexibility, innovation and a deep respect for the troops they led, which was in turn reciprocated by their men.

Their impact on the war was immense, and in this fascinating and compelling account, best-selling author Roland Perry does full justice to their extraordinary careers and the soldiers under their command.