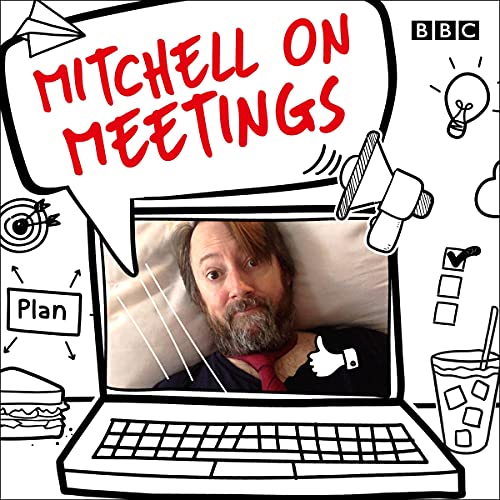 David Mitchell investigates how the humble meeting took over the world - and what we should do about it.

In this fantastic follow-up to Behaving Ourselves: David Mitchell on Manners, the comedian and columnist turns his attention to meetings, examining our love/hate relationship with them and asking how we evolved from getting together for a 'thing' to shouting at each other onscreen via Zoom.

On the agenda: David talks to fellow comedian Russell Kane about the different ways introverts and extroverts behave in meetings; meets Dutch sociologist Wilbert van Vree to sum up several millennia of meetings - from hunter-gatherers, to the Middle Ages, to the modern-day office; and gets some tips from executive coach Sophie Bryan about being a good chairman (and dealing with the awkward person in the room).

Exploring how our meetings culture is spinning out of control, David sits in on a council Zoom meeting in Cheshire (not that one); picks the brains of Imperial College Business School meetings expert Sankalp Chaturvedi; and chats to the former Leader of the House of Commons, Sir David Lidington, about Cabinet briefings and ministerial meetings. And, joining historian and author Professor Margaret Macmillan, he tackles one of the 20th century's biggest meetings, the 1919 Paris Conference, discovering that there's nothing new about management away-days or brainstorming sessions - they were both being used 100 years ago.

As he learns the secrets of communication, consensus, and coming together productively, can David overcome his scepticism and learn to love meetings?