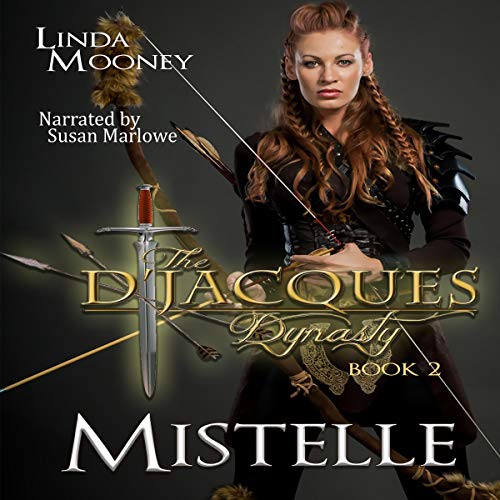 Stories of the Battle Lord and Lady of Alta Novis’s exploits have reached far and wide. Some sound almost unbelievable. That’s why Brass Cullum, along with his sons Dyer and Rayburn, have made the long trek to the D’Jacques compound to seek the help of the notorious battle lord in training an army of his own, to enable them to protect themselves from the increasing tribal attacks on his own compound.

However, not everyone is quick to trust the newcomers, and with good reason. They don’t know the Cullums have another plan, and it all hinges on luring the battle lord and lady away from the compound. With the D’Jacques gone and disposed of, they’re certain the compound will collapse on itself, making Cullum’s job easier.

Agreeing to accompany the Cullums back to their compound, the D’Jacques assemble their own small army and head out, along with their only daughter, Mistelle, and their oldest son, Mattox, leaving their youngest son to run Alta Novis in their absence. Cullum’s youngest son, Rayburn, has captured Mistelle’s attention, and he has plans to work his magic to win her over. Mattox and her best friend, Nevo, only hope she opens her eyes to see his true colors before it’s too late.

Kidnapping. Pain. Humiliation. Degradation. Mistelle won’t be beaten. She’s a D’Jacques, and she will live up to her name. But defeating the darkness in herself could prove to be more difficult.