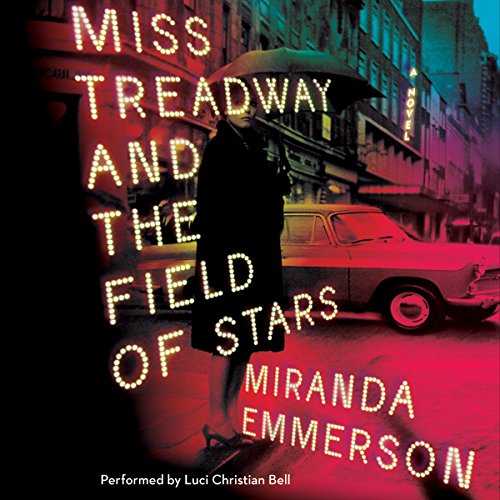 Miss Treadway and the Field of Stars

In this sparkling debut novel imbued with the rich intrigue of Kate Atkinson's literary mysteries and the spirited heart of Major Pettigrew's Last Stand, a disparate group of Londoners plunge into a search for a missing American actress.

In the dreary days of November 1965, American actress Iolanthe Green has become the toast of the West End. Charismatic, mysterious, and beautiful, she brings color and a sprinkling of glamour to the scuffed boards of Soho's Galaxy Theatre. But one evening, after another rapturously received performance, Iolanthe walks through the stage door, out into the cold London night, and vanishes.

All of London is riveted as Fleet Street speculates about the missing actress' fate. But as time passes and the case grows colder, the public's interest turns to the unfolding Moors Murders and erupting political scandals. Only Anna Treadway, Iolanthe's dresser at the Galaxy, still cares. A young woman of dogged determination with a few dark secrets of her own, she is determined to solve the mystery of the missing actress.

A disparate band of London émigrés - an Irish policeman, a Turkish coffee-house owner and his rebellious daughter, and a literature-loving Jamaican accountant - joins Anna in her quest, an odyssey that leads them into a netherworld of jazz clubs, backstreet doctors, police brutality, and seaside ghost towns. Each of these unusual sleuths has come to London to escape the past and forge a new future. Yet as they draw closer to uncovering the truth of Iolanthe's disappearance, they may have to face the truth about themselves.