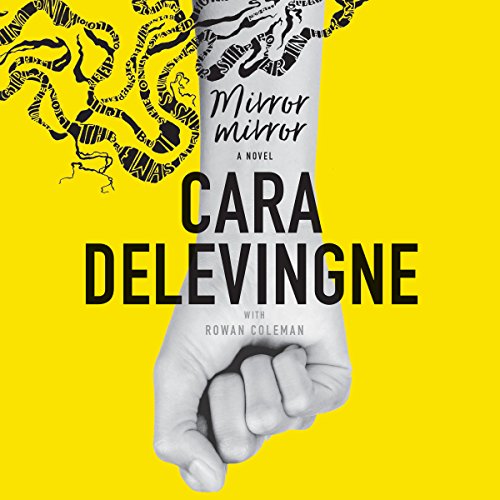 When one of their friends mysteriously disappears, a group of teens are forced to confront the challenges and secrets of their lives in this edgy and suspenseful coming-of-age tale from international supermodel, actress, and social media darling Cara Delevingne.

Among the students of Pimlico Academy, Red, Leo, Rose, and Naomi are misfits - outsiders who have found a safe haven in music and their band, Mirror, Mirror. For these 16-year-olds, fitting in at school is nearly as difficult as navigating their complicated home lives. Red has an alcoholic mother and a father who's never around. Leo's brother is in prison. Rose uses sex and alcohol to numb the pain of a brutal attack. Naomi's punk rock princess persona gives her the freedom to be her true self.

When Naomi mysteriously vanishes and then is found unconscious, her friends are shaken and confused. Could it have been an accident - or did someone deliberately try to hurt Naomi? If she was in trouble, why didn't she turn to them? How well do they really know their bandmate - and each other? If Naomi wakes up from her coma, will she ever be the same?

To understand what happened to Naomi, Red, Leo, and Rose must ultimately face their own dark secrets and fears and reconcile the difference between what they feel inside and what they show to the world.

Cara Delevingne reveals another facet of her amazing talent with this powerful novel about identity, sexuality, gender, emotional pain, the complicated world of social media, and the dangerous weight of appearances that are not what they seem.