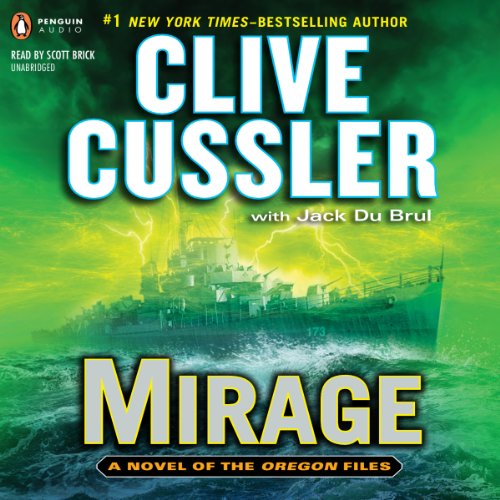 The extraordinary new audiobook in the #1 New York Times - best-selling series from the grand master of adventure.

In October 1943, a U.S. destroyer sailed out of Philadelphia and supposedly vanished, the result of a Navy experiment with electromagnetic radiation. The story was considered a hoax - but now Juan Cabrillo and his Oregon colleagues aren't so sure. There is talk of a new weapon soon to be auctioned, something very dangerous to America's interests, and the rumors link it to the great inventor Nikola Tesla, who was working with the Navy when he died in 1943. Was he responsible for the experiment? Are his notes in the hands of enemies? As Cabrillo races to find the truth, he discovers there is even more at stake than he could have imagined - but by the time he realizes it, he may already be too late.

"Rousing.... The conclusion is the usual Cussler nail-biter." (Publishers Weekly)

"Full of action, death-defying escapes, heart-stopping scenes, and a cast of characters that you will not forget." (Suspense Magazine)

"Fans can depend on [the Oregon Files] to deliver action and adventure." (Booklist)