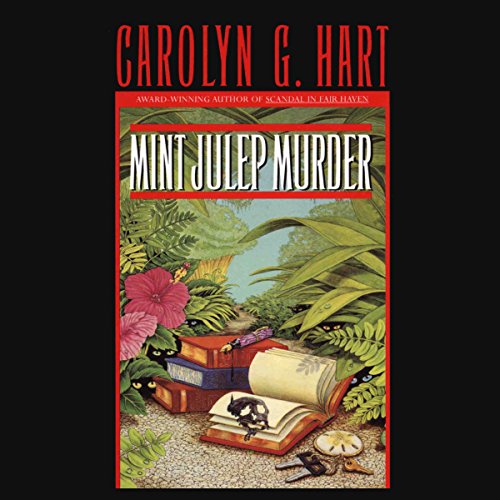 One of America's most beloved mystery writers, Carolyn G. Hart, the Agatha, Anthony, and Macavity Award-winning author, returns to her original mystery series featuring Annie Darling, owner of the Death on Demand Bookstore, and her husband, Max, with Mint Julep Murder.

Normally, Annie Laurence Darling would be eagerly awaiting her trip to Head Island, where this year's Dixie Book Festival is being held. But this year Annie has agreed to be the author liaison to five authors honored with the much-coveted Dixie Book Festival Medallions, and she fears she is going to have her hands full juggling murderous egos. What Annie doesn't count on is the untimely death of ambitious Mint Julep Press publisher Kenneth Hazlitt.

Hazlitt arrives at the Festival peddling a proposal for Song of the South, a trashy roman à clef that details the indiscretions of some famous Southern authors at a writers' conference - writers who more than resemble the Dixie Festival Medallion winners. When Hazlitt drops dead after drinking a hit of bourbon from his private stock, the evidence points to Annie - the fatal glass is imprinted with her fingerprints. As more and more evidence points her way, Annie and Max must act fast to catch a wily killer...before the police throw the book at Annie!