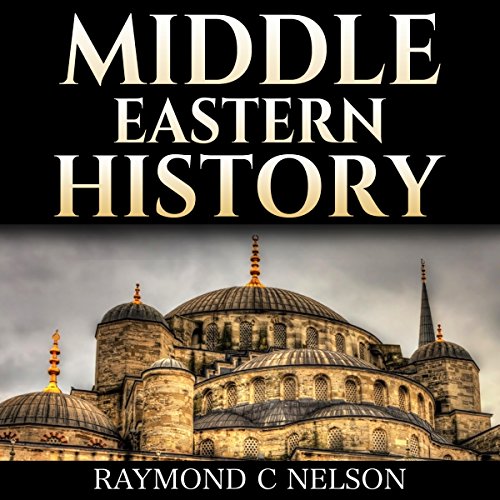 How did a fertile region turn humankind from small tribes of hunter-gatherers into the civilizations we know today?

Where did writing, culture, and agriculture begin?

How did the belief in a single, all-powerful God sprout and thrive in a world where people worshiped many different gods?

These are just some of the questions you’ll find answers to in History of the Middle East: Melting Pot - Holy Wars & Holy Cities - From the Sumerians to the Ottoman Empire and Today’s Nation States: Israel, Iran, Iraq, and Egypt - Shaping the Near East History.

The Middle East is the cradle of civilization - where humankind once roamed in small groups of hunter-gatherers and foraged for food and shelter, then learned to plant crops and build structures. Today, we are an advanced civilization that has conquered the skies, oceans, and even the moon. To understand how this transformation occurred, take a brief trip back into the history of the Middle East, where it all began.

Go back to the origins of humankind, where two rivers formed the Fertile Crescent and civilization sprouted.

Hear the Abrahamic Religions bud in the Levant along the Eastern Mediterranean Sea and develop into Judaism and Christianity.

Listen as the steady march of empires hold sway over Middle Eastern trade, resources, religion and culture for millennia.