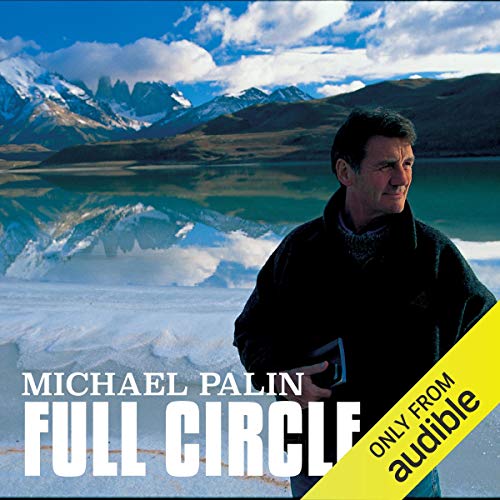 The third and most ambitious of Michael Palin's adventures is a voyage of epic proportions - the circumnavigation of the Pacific Rim. He travels for almost a year through the 18 countries that border the world's largest ocean, and is forced to negotiate mountains, plunging gorges, cross glaciers and dodge icebergs. Volcanoes also mark Palin's journey. He climbs one which has freshly erupted and follows great rivers like the Yangtze and the Amazon to some of the most remote places on earth. He also eats maggots in Mexico and talks to head-hunters in Borneo.

Full Circle is the record of a journey of several lifetimes and of the colourful and beautiful world that stretches around the Pacific Ocean.