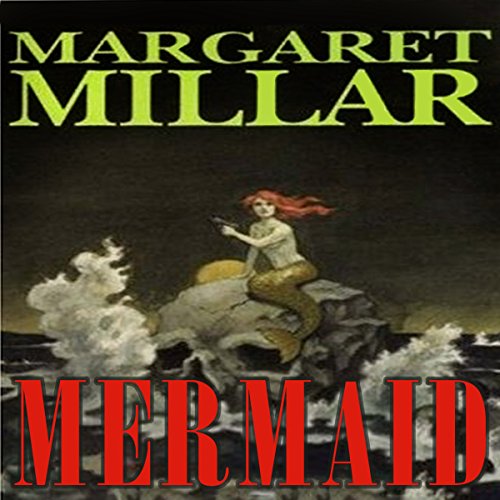 Cleo Jasper, a beautiful woman in her early 20s drops out of sight while attending an exclusive school for the learning disabled. Shortly before her disappearance, she had wandered into the law offices of Tom Aragon, the engaging young hero of Ask for Me Tomorrow and The Murder of Miranda. Cleo's older brother, Hilton, hires Aragon to find the vulnerable girl and bring her back home. Hilton's dedication to his little sister is tinged with guilt - and perhaps something more - for he has already alienated his wife and son by his devotion to Cleo.

In a trailer park, far from the kind of environment Cleo has been used to, Aragon finds the body of her closest friend, a counsellor at the school. The corpse is surrounded by suicide messages, one of them addressed to Cleo. But he doesn't find Cleo, who remains as elusive and as slippery as a mermaid.

Agatha Christie was a great admirer of Margaret Millar's work because "she is always different". She always is. Mermaid is a striking example of her storytelling skill and her never-failing ability to surprise.