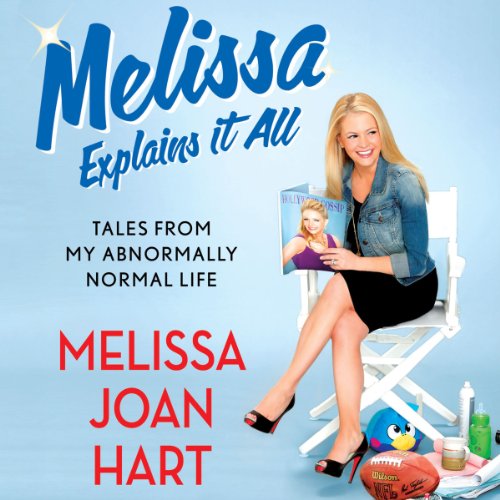 Melissa Explains It All

Melissa Explains It All

Melissa has been entertaining audiences most of her life; when there were no girls named Melissa on her favorite show, the forceful four year old decided she’d get on TV her way. From that moment on, Melissa has shown a singular determination and focus whether it’s for booking three national commercials so her dad would build her a tree house or for nailing the audition for Clarissa.

From her first commercial to her current starring role in ABC Family’s hit Melissa and Joey, Hart never let fame go to her head. She always had one foot in Hollywood and one foot in reality - and still does. Melissa makes us laugh along with her as she talks about:

Melissa Joan Hart explains all that she’s learned along the way - what’s kept her grounded, normal and working when others have not been so fortunate - and that she’s the approachable, hilarious girl-next-door her fans have always thought she’d be.