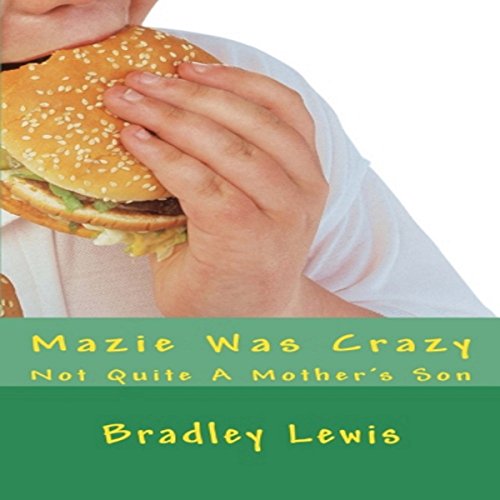 Bradley Lewis knew at a very early age that he didn't quite fit in, or more likely that he wasn't quite welcome. His look back illuminates a disturbing and peculiar seesaw Long Island childhood. His father was an emotionally remote man who spent a lot of his time away from his son. Lewis' high-functioning mother was a businesswoman whose bohemian personality could bring a busy store to a standstill. Home life in the Lewis household was an off-beat combination of overachievement riddled with constant criticism. Early on, Lewis realized that his family wasn't very much like the others in town. Eventually he escaped to Manhattan, but not without carrying the family abuse with him. Lewis moves the reader swiftly through time; from his earliest memories until he finally breaks free. Mazie Was Crazy is a compassionate, sensitive analysis that recalls firsthand experience; a cultural criticism about growing up on insular Long Island; a deeply moving memoir with vividly colorful characters. Lewis shows the reader why it's so hard for someone who grew up the way he did to have achieved almost anything. The reader will experience the flaws of the somewhat privileged, but also its family strengths wrapped within a traumatic portrait - what can wrong inside American families and the dysfunction that afflicted so many children born in the fifties and sixties. Lewis describes the alcoholism, sexual abuse, and an unrelenting system of control. A powerfully written memoir about the author's journey from a troubled childhood to the beginning of life alone at NYU in Manhattan. Heartbreaking, heartwarming and dotted with ribald humor, it opens a small window of suburban America, one usually hidden from view, while offering genuine hope in the form of hard-hitting honesty. This quick and engaging insightful read is well suited to anyone interested in baby-boomer Jewish-American families.