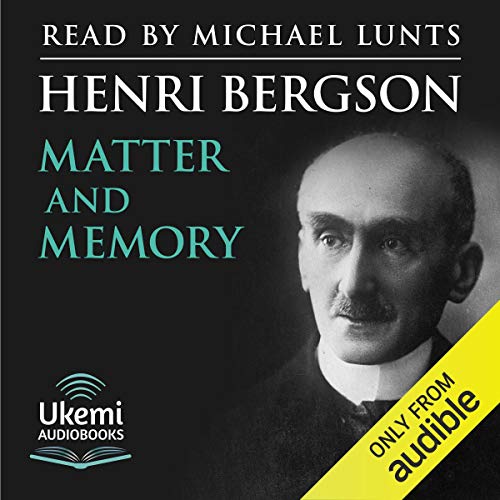 Matter and Memory, (Matière et Mémoire), published in 1896, was the second book written by Henri Bergson (1859-1941), one of the leading French philosophers of his age. It followed Time and Free Will (1889) and helped to establish him as a major force in anti-mechanistic thought, opposing the trend towards uncompromisingly secular and scientific views. However, when Matter and Memory appeared, Bergson was 39 and had yet to become the hugely influential figure he became in the first decades of the 20th century.

The first edition carried the subtitle An Essay on the Relationship of Body to Spirit and although this was dropped by the author when revising the text in later editions, it remains a useful introductory statement. For in Matter and Memory, Bergson set out to consider the classic problem of the union of ‘soul and body’ by the analysis of memory. He sought to refute the proposition, then very current, that memory, being ‘lodged’ in the nervous system, localised in the brain, was therefore material. Bergson rejected this reduction of mind to matter.

He considered memory to be deeply spiritual. The first edition explained his approach thus: ‘The brain merely guides memory towards actions in the present. The brain inserts memories into the present, with a view to action. The brain has a practical function. The body is the centre of action. Cerebral lesions do not damage memories or the memory. Such lesions disrupt the practical operations of the brain. Memories cannot become incarnate. They always exist, but they are powerless. In fact, the brain no longer functions as intended, and consequently these memories cannot be used.’

In his introduction to the fifth edition of Matter and Memory (1908), used in this recording, Bergson writes, ‘This book affirms the reality of spirit and the reality of matter, and tries to determine the relation of the one to the other by the study of a definite example, that of memory. It is, then, frankly dualistic. But, on the other hand, it deals with body and mind in such a way as, we hope, to lessen greatly, if not to overcome, the theoretical difficulties which have always beset dualism, and which cause it, though suggested by the immediate verdict of consciousness and adopted by common sense, to be held in small honour among philosophers.’

Though the next generation of French philosophers such as Merleau-Ponty and Sartre acknowledged the influence of Bergson, his reputation declined after World War II. It was revived in the mid-1960s following the championing of his work by Gilles Deleuze. Bergson’s place in 20th century philosophy, and the relevance of his views today, are secure.