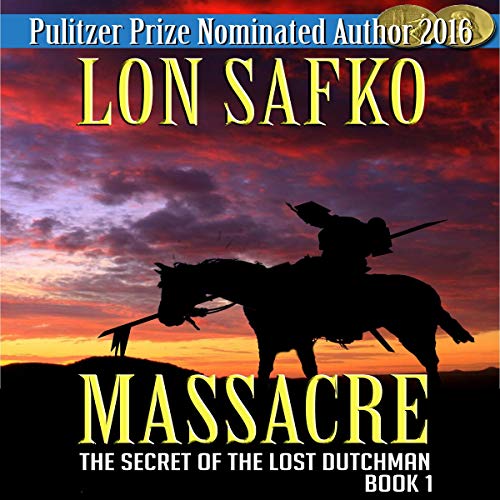 The first book in a new and exciting Western series from best-selling author Lon Safko, based on the true story behind the legendary goldmine. The secret of the Lost Dutchman goldmine has been legendary for as long as anyone can remember; this is the true story of that legend.

When the Spanish government orders distinguished officer Miguel Peralta to enter the United States with his military detachment, they have gold on their minds. The Spanish have been working the secret Lost Dutchman mine for years, but in a new deal with the United States, they will lose access to the nearly infinite supply of gold held within it. Peralta's mission is to remove as much gold as possible from the mine and transport it safely back to Mexico. As his small army winds toward the location of the goldmine, they slow learn they are not alone...and they crave only one thing: survival.

As Peralta fights to keep his soldiers - including his brother - alive, a murderous enemy stalks them across the desert. He begins to realize the true cost of the gold, and the true meaning of how failure will change his life. Will Miguel Peralta manage to save his men, the gold, and his life, or will everyone die fighting for the gold the Spanish so desperately want?

Action-packed, fast-paced, and written to entertain listeners around the world, this new Western will not only be your introduction to Lon Safko, but the beginning of an addiction. Ride along with the Spanish soldiers sent to claim the gold of the Lost Dutchman goldmine.