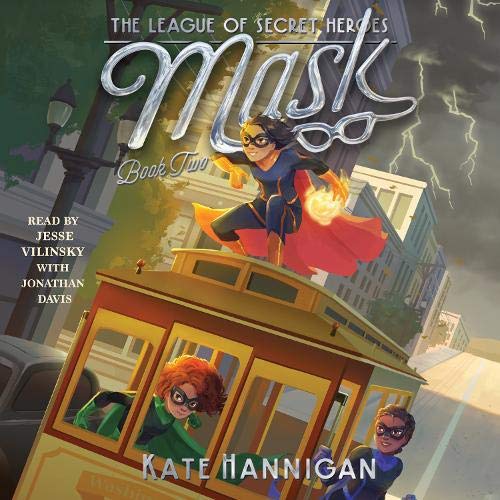 A trio of young superheroes try to thwart a spy in this second book in the action-packed, comics-inspired adventure series that’s Hidden Figures meets Wonder Woman!

After defeating The Hisser - and discovering their power as a team - Infinity Trinity is ready for its next adventure. When Akiko, Mae, and Josie learn that a spy has been betraying secrets to the Japanese military, they join Room Twelve in San Francisco for important work with other code-cracking experts. But soon there is personal code to crack: Akiko spots her mom walking with the suspected spy through San Francisco, which had been her family’s home until Executive Order No. 9066 sent Akiko and all Japanese Americans on the West Coast into internment camps.

Teaming up with brilliant members of The League of Secret Heroes - like real-life World War II code-crackers Genevieve Grotjan and Elizebeth Friedman - Akiko, Mae, and Josie search for answers as they battle the evil clown Side-Splitter, who’s bent on destroying not only the city, but the Infinity Trinity, too. As clues begin to pile up that her mother has become entangled with Side-Splitter’s sinister plot, can Akiko solve the most important puzzle of all?