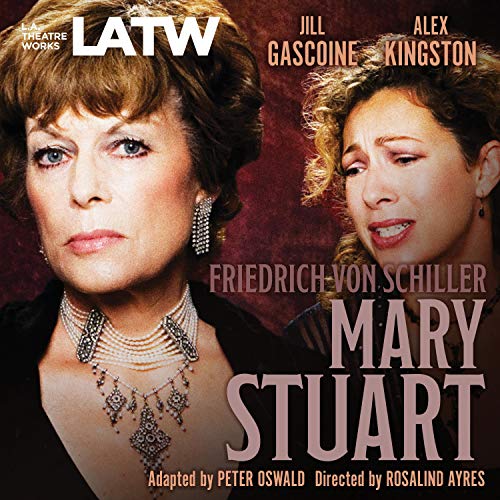 A large cast performing a two-hundred-year-old play based on Tudor history may not sound like a promising premise for audio drama, but this L.A. Theatre Works production is a real winner: dramatic, subtle, thought-provoking, and emotionally rich. Peter Oswald's new translation of the play into forceful, fresh English invites the listener to savor the political intrigue surrounding the murderous, political maneuvering of Protestant Elizabeth I as she deals with the threat posed by her Catholic cousin, Mary, Queen of Scots. The entire cast is strong, though particularly memorable are Alex Kingston, Jill Gascoine, and Martin Jarvis. The dangers of failing to grasp the nuances of royal politics are rendered especially well in the memorable final scenes.

"Elizabeth I of England is threatened by the survival of her Catholic cousin, Mary Stuart. Wrestling with her own conscience, the queen agonizes over Mary's fate, amidst fears for her own life. Court intrigue has never been more gripping than in this 'acute study in the art of double-dealing politics'.” (The New York Times)

Recorded before a live audience at the Skirball Cultural Center, Los Angeles, in December 2006.

Dedicated to the memory of Susan Raab Simonson.