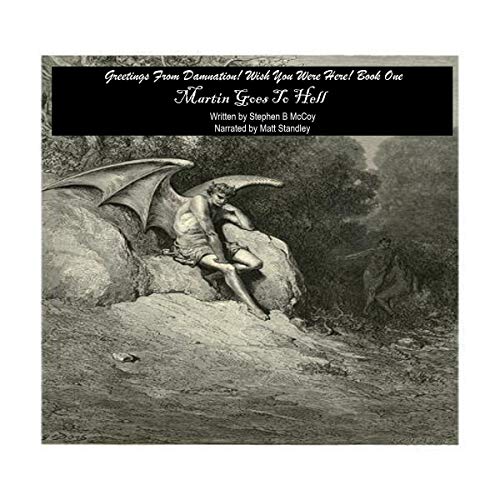 Stuck in a dead-end job and living with his overbearing mother, Martin fantasizes about meeting the perfect woman and escaping to a life of adventure. A young man whose grip on sanity starts to weaken, he soon discovers that Mellicent, a sweet and very real girl from the office, just might be his rescue.

But, soon after they find each other, Martin gets off an elevator on the wrong floor at work as he attempts to elude his slave-driving boss. He finds himself an uninvited guest at a noisy and crowded retirement party where he meets a seductive hooker named Lil. Alluring and scheming, Lil is much more than she seems, perhaps even otherworldly, and Martin is quickly enticed by her.

The whirlwind surrounding Lil is full of danger and excitement. Blinded by her temptations, Martin is led down a darkening path that leads to his death, hell itself, and then to a conditional offer of redemption. On his journey, Martin will meet the weary but non-conformist junior demon assigned to his case and pick up some insider information from one who managed to outwit the devil, herself. Before he knows it, he even strikes a deal with the current ruler of Underworld.

Even after he is sentenced to damnation in the afterlife, Martin learns you should always be careful what you ask for because there are many forces at work in the universe vying for your very soul. Yet, aside from that, and standing in the presence of one of the most powerful beings in the universe (a bitter and vengeful guy from the Midwest), Martin finally discovers what his heart has always yearned for.

But, considering he’s already dead, is it beyond his reach? Is it ever too late for salvation?