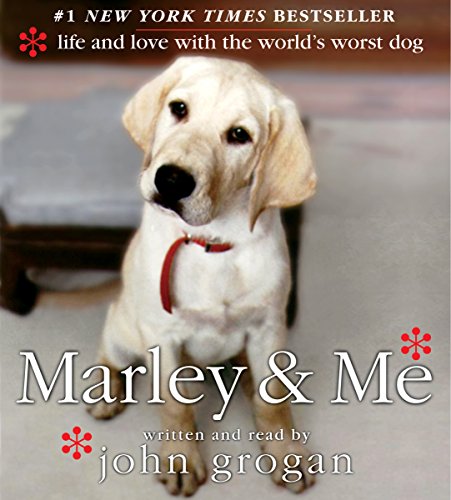 John and Jenny were just beginning their life together. They were young and in love, with a perfect little house and not a care in the world. Then they brought home Marley, a wriggly yellow furball of a puppy. Life would never be the same.

Marley quickly grew into a barreling, 97-pound streamroller of a Labrador retriever. He crashed through screen doors, gouged through drywall, and stole women's undergarments. Obedience school did no good, Marley was expelled.

And yet his heart was pure. Just as Marley joyfully refused any limits on his behavior, his love and loyalty were boundless, too. A dog like no other, Marley remained steadfast, a model of devotion, even when his family was at its wit's end. Unconditional love, they would learn, comes in many forms.

"Grogan's chronicle of the adventures parents and children (eventually three) enjoyed with the overly energetic but endearing dog is delivered with great humor. Dog lovers will love this account of Grogan's much loved canine." (Publishers Weekly)