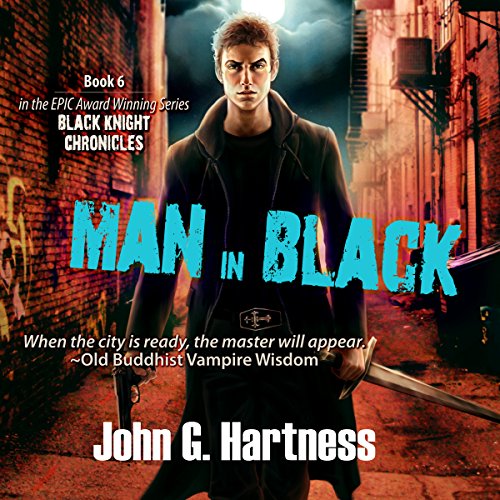 The latest book in the award-winning Black Knight Chronicles is a raucous ride through the city of Charlotte's seedy underbelly with the most unlikely crime lord ever.

Jimmy Black's knack for stumbling into the right place at the wrong time has landed him his dream job or worst nightmare - Master Vampire of the City.

Almost everyone that works for him wants him dead.

His best friend isn't speaking to him.

His girlfriend is now his ex-girlfriend.

And the Vampire Council has appointed a watchdog who'll decide if he lives past Thursday.

He has a kidnapping to solve, monsters and demons to fight, and a whole new crime empire to figure out.

Join Jimmy as he tries to put his (un)life back together and stay alive long enough to save the world. Again.

Author John G. Hartness is the Epic and Manly Wade Wellman Award-winning writer behind The Black Knight Chronicles from Bell Bridge Books, as well as the Quincy Harker, Demon Hunter and Bubba the Monster Hunter series. In his copious free time, John enjoys long walks on the beach, rescuing kittens from trees, and playing Magic: the Gathering.