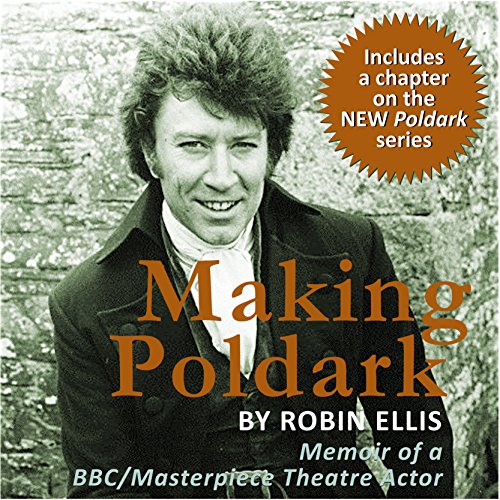 This is the long-awaited memoir of BBC/Masterpiece Theatre actor Robin Ellis, the original Captain Ross Poldark in the BBC classic television series. This expanded edition includes an all new chapter documenting Robin's return to television as part of the new series produced by Mammoth Screen, on behalf of the BBC and Masterpiece/PBS, with Aidan Turner as the new Poldark.

First broadcast in the 1970s, this saga of thwarted love, passion, and swashbuckling adventure, set against hard times in 18th-century Cornwall, became an international sensation, popular in over 40 countries around the world. The memoir also describes the behind-the-scenes story of the original BBC/Masterpiece Theater series, the ongoing effect of "Poldark perks" on Robin's life, and his transformation into a cookbook author.

easy to listen to due to great voice, since it was one of my favorite series 40 years ago, nice to find out about things behind the scenes