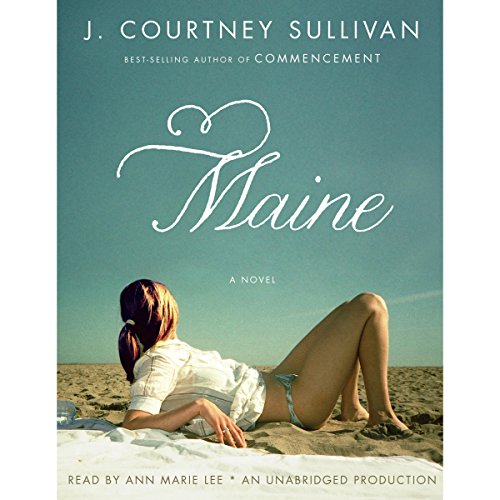 In her best-selling debut, Commencement, J. Courtney Sullivan explored the complicated and contradictory landscape of female friendship. Now, in her highly anticipated second novel, Sullivan takes us into even richer territory, introducing four unforgettable women who have nothing in common but the fact that, like it or not, they're family.

For the Kellehers, Maine is a place where children run in packs, showers are taken outdoors, and old Irish songs are sung around a piano. Their beachfront property, won on a barroom bet after the war, sits on three acres of sand and pine nestled between stretches of rocky coast, with one tree bearing the initials "A.H." At the cottage, built by Kelleher hands, cocktail hour follows morning mass, nosy grandchildren snoop in drawers, and decades-old grudges simmer beneath the surface.

As three generations of Kelleher women descend on the property one summer, each brings her own hopes and fears. Maggie is thirty-two and pregnant, waiting for the perfect moment to tell her imperfect boyfriend the news; Ann Marie, a Kelleher by marriage, is channeling her domestic frustration into a dollhouse obsession and an ill-advised crush; Kathleen, the black sheep, never wanted to set foot in the cottage again; and Alice, the matriarch at the center of it all, would trade every floorboard for a chance to undo the events of one night, long ago.

By turns wickedly funny and achingly sad, Maine unveils the sibling rivalry, alcoholism, social climbing, and Catholic guilt at the center of one family, along with the abiding, often irrational love that keeps them coming back, every summer, to Maine and to each other.

"I have never stayed at this cottage in Maine, or any cottage in Maine, but no matter: I now feel I know what it's like being in a family that comes to the same place summer after summer, unpacking their familiar longings, slights, shorthand conversation, and ways of being together. J. Courtney Sullivan's Maine is evocative, funny, close-quartered, and highly appealing." (Meg Wolitzer, author of The Uncoupling)
"Maine by J. Courtney Sullivan is a powerful novel about the ties that bind families tight, no matter how dysfunctional. Sullivan has created in the Kelleher women a cast of flawed but lovable characters so real, with their shared history of guilt and heartache and secret resentments, that I’m sure I’ll be thinking about them for a long time to come." (Amy Greene, author of Bloodroot)
"Everyone has dark secrets. It’s why God invented confession and booze, two balms frequently employed in Sullivan’s well-wrought sophomore effort. Alice Brennan is Irish American through and through, the daughter of a cop, a good Catholic girl so outwardly pure that she’s a candidate for the papacy... As Sullivan’s tale unfolds, there are plenty of reasons that Alice might wish to avoid taking too close a look at her life: There’s tragedy and heartbreak around every corner, as there is in every life... Sullivan spins a leisurely yarn that looks into why people do the things they do - particularly when it comes to drinking and churchgoing - and why the best-laid plans are always the ones the devil monkeys with the most thoroughly. The story will be particularly meaningful to Catholic women, though there are no barriers to entry for those who are not of that faith. Mature, thoughtful, even meditative at times - but also quite entertaining." ( Kirkus)